The Japanese culture is one of the strongest and most interesting cultures in the world. Holding on to their traditions since the beginning of their time has had a great effect on a resilient and strong architecture and décor. It has created a unique style that has its own aesthetic appeal which inspires the whole world. 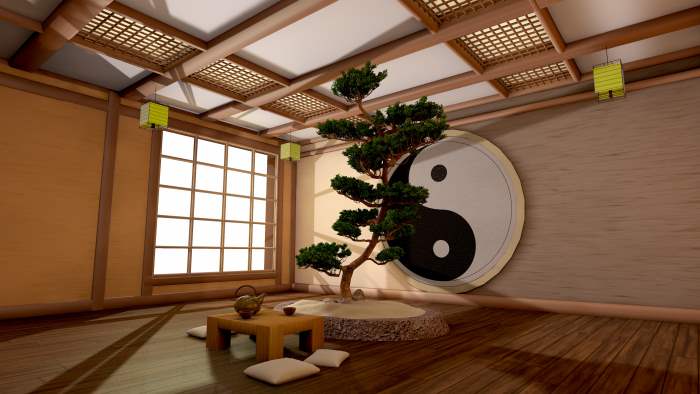 The living area of the Japanese home is one of the most important spaces in the house. It is where the family gets together, shares their stories about their day, and in some cases where they eat. It is also the place where they have Ocha, which is the Japanese tea ceremony. This has been in the Japanese culture for over 1000 years. For the tea ceremony to be held, it requires the space to be of simple and minimal decorations, which fits right in with Japanese design principles. 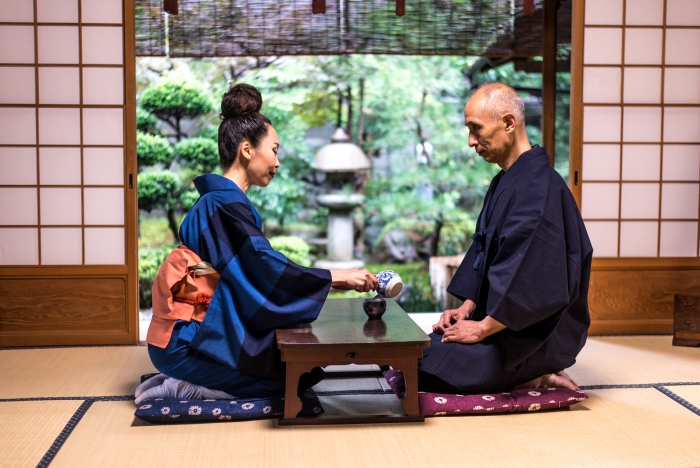 As the Japanese style is characterized by simplicity, neatness, minimalism, and functionality, all must be considered in the design of a Japanese style living area/room.

The first thing considered in a Japanese living area is the integration of the natural environment within the design of the space. Natural materials like bamboo, wood and stones are used, as they have natural textures and color. Also, decorative elements of nature are added, like the famous bonsai tree or bamboo. Whenever it is possible to have large windows or sliding doors opening to natural scenery, the Japanese would definitely employ it, so as to invite nature to their homes. 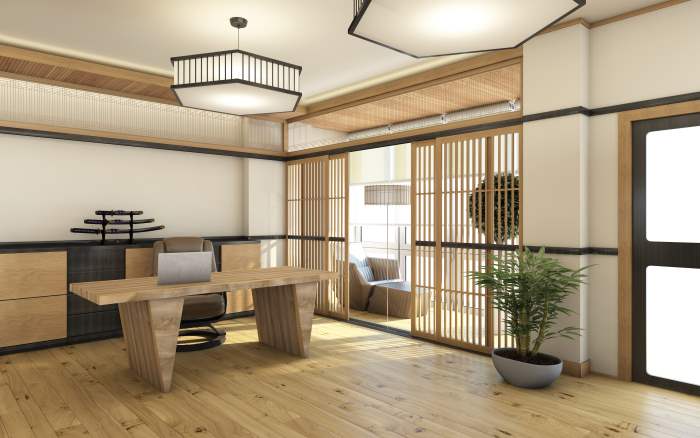 The color palette in any Japanese design is crucial, as it has the ability to make the space peaceful or not. Therefore, the color scheme most often used is of a neutral and calming nature. This color scheme would include shades of white, beige, browns, and a slight bit of green to reflect the trees. The concept of minimalism has constrained the Japanese from using any color scheme beyond the basic color shades of nature.

The furniture selection for the living area of a Japanese home is crucial. Every piece of furniture has to be well-considered. It should be as low to the ground as possible. Following the concept of “less is more”, plenty of space is left empty in the room to be filled only by light, which strengthens the sense of serenity of the space. Typically, the living area would include a setting for dining table, chairs, and pillows placed on the floor to sit on. 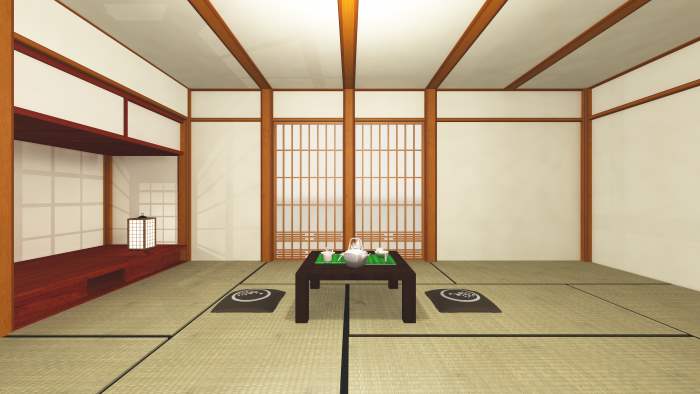 Sofas are not accepted in the traditional Japanese home, although they are used in more modern Japanese homes. The dining table would be made of wood of clean geometry that is left in its raw form or painted with the color scheme in the aforementioned paragraph. Around the table would either be low rise chairs or puff pillows. The flooring beneath the dining area would be made of tatami which is rice straws carpets.

As we’ve mentioned, decorations in the Japanese style interior are always kept to a minimum. You would often find only hanging scrolls on the wall with famous quotes or proverbs from their culture, and vases or simple shapes of ceramic plates. You will not find family portraits put in extravagant picture frames, souvenirs, or any products. 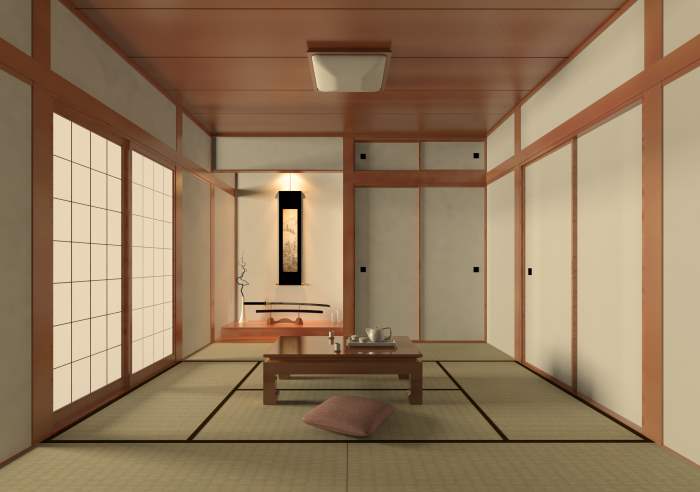 The lighting of the space is very important. The Japanese sanctify natural lighting. It has to be the main source of illumination for the space as it allows the space to give the sense of spaciousness, peacefulness and serenity.