Traditionally, a Japanese garden is designed according to Japanese aesthetics and philosophical ideas. The influence of the region’s philosophy is that it seeks life and is deeply attached to the natural environment. It is based on Japan’s topography, which has shaped Japanese design, over the centuries, to be one of a kind.

Your Own Haven of Zen

A Japanese garden has been described as “creating your own haven of Zen”. In this case, Zen is a reference to the concepts of the Japanese style. Zen is a school of Mahayana Buddhism that emphasizes the importance and value of meditation which encourages serenity of the soul towards its surroundings. Its influence has affected the architecture and interior design of Japanese homes and gardens. There are even many cases where a Zen garden includes an area in which one could practice their meditation.

A Zen garden is just another name for a Japanese garden. A Zen garden has the ability to naturally relax the human senses and bring peace and serenity to the soul. It is designed to be a space that mimics the natural environment and can work as a space for both meditation and reflection. Every garden design is highly distinctive from the others, but all follow the same principles and concepts of the style. All elements of the garden work in harmony to leave you visually and physically serene. The Zen garden applies the traditions and aspects of Japanese gardening in mimicking the natural environment.

One type of Japanese garden is the rock garden. A rock garden consists of a sand box that is enclosed by or integrated within the garden. A sand box will have sand and gravel, and rocks of various sizes and shapes. The sand and gravel are put in a specific pattern to symbolize the water, while rocks represent the mountains which are present in Japan’s topography. 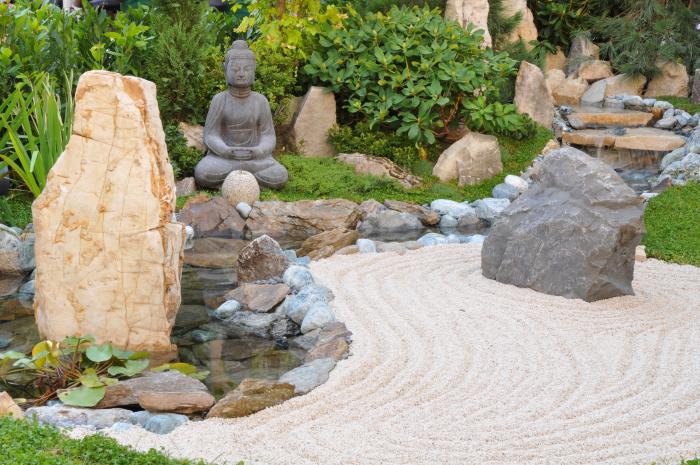 This sand box would be the highlight and centerpiece of the garden, and would create a scene that is similar to an island in the sea. In the past, monks would create waves in the sand as a resemblance to the waves on the water’s surface and would put rocks in this “water”, to symbolize the ones that protrude from the water’s surface. The whole practice is done to recreate a small-scaled piece of their topography, which again is a reflection of their culture and traditions.

Another type of Japanese or Zen garden is the moss garden. The climate in Japan causes moss to thrive. This is the result of the humid rainy weather, which is ideal for it to grow. Moss doesn’t need much water to grow and flourish, and is easily incorporated into the garden. It also gives a well-balanced feel to the garden, which helps in clearing the mind and body. 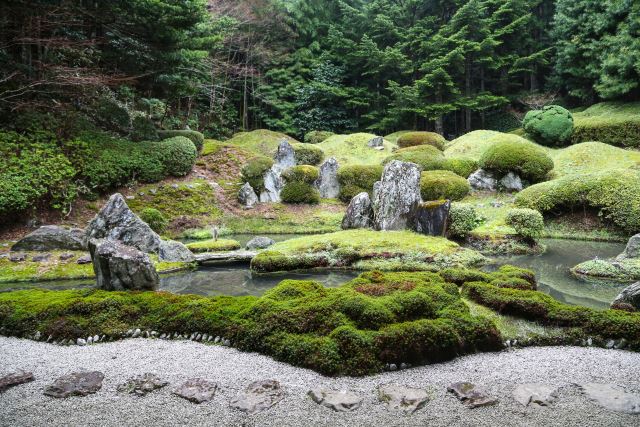 A Japanese garden can be a hybrid of different types of gardens, but has to respect and reflect the Japanese culture. The materials should be simple and purposeful. It should not have glamorous objects in in just for decoration. The plants used in their gardens are always the simplest, and the ones that go back to their nature. Such plants could be bamboo, bonsai, or moss. A Japanese garden that is created with respect to the cultural background and simplicity will allow the mind to clear and burst to life.